[jbox color=”white”][mp3t track=”2017-03-26-mahatma-gandhi-rajayogi-rare-kind-uma-majmudar.mp3″ play=”Listen Now -” stop=”Pause -” title=”"Mahatma Gandhi: Rajayogi of a Rare Kind" – Uma Majmudar”]
Or download the MP3 to your computer, and listen offline.
To move forward/backward through the talk, slide the gray bar that appears once audio is playing. 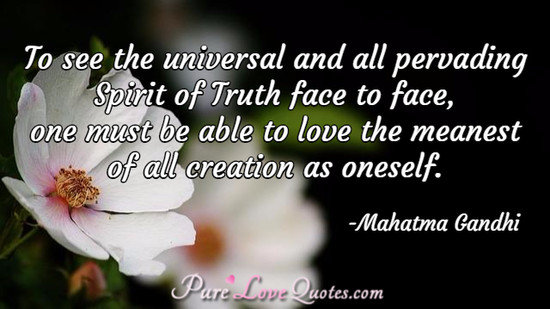 Millions around the world know Mahatma Gandhi as the Father of Indian independence from the British. The Mahatma (Great Soul) is also revered by many as a saintly political leader and wielder of “Satyagraha” — based on Truth (Satya), Nonviolence (Ahimsa) and self-chosen suffering (Tapas) to resist social, political, economic or moral injustice anywhere in the world.

Yet, only a few people know the REAL GANDHI—A SPIRITUAL SEEKER who yearned to see God face to face and who worshipped God as Truth only. Not many people know the man Mohandas Gandhi as a Rajayogi, but of a different kind, who struggled and strived for years and years to overcome what he called his own “Himalayan faults”—by undergoing a rigorous course of spiritual disciplines (yamas and niyamas) and practices (sadhana), various self-restraints and self-denials in order to become a fit instrument of God. Since Gandhi pursued God as Truth only, he equated God and Truth and the only way he saw one could achieve Truth is via the practice of Ahimsa. What connection did he see between Truth and Ahimsa? He said,“All life is of one piece. To see the universal and all-pervading Spirit of Truth face to face one must be able to love the meanest of creation as oneself.” — Radhakrishnan, Mahatma Gandhi, 1939, 14

For more on “Gandhi — Rajyogi of a Rare Kind,” listen to this Sunday Vedanta session.