These books are available in our Bookshop, at Vedanta.com, and elsewhere online. 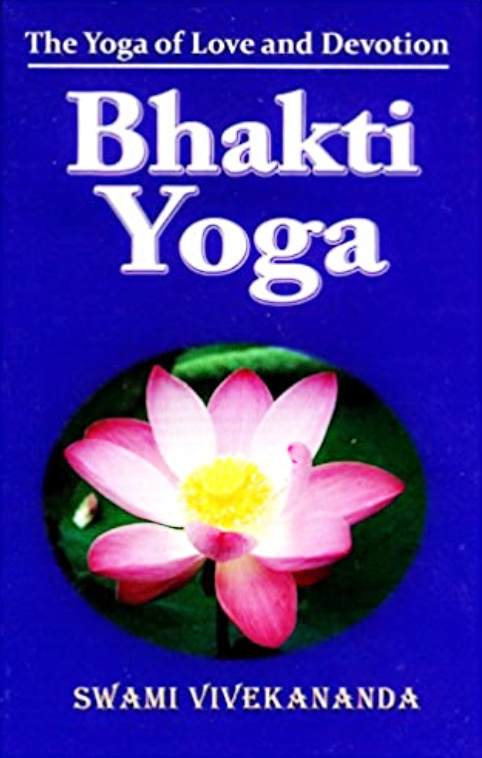 “Bhakti Yoga is a real genuine search after the Lord, a search beginning, continuing, and ending in Love. One single moment of the madness of extreme love to God brings us eternal freedom. When a man gets it, he loves all, hates none; he becomes satisfied forever.”
—Swami Vivekananda 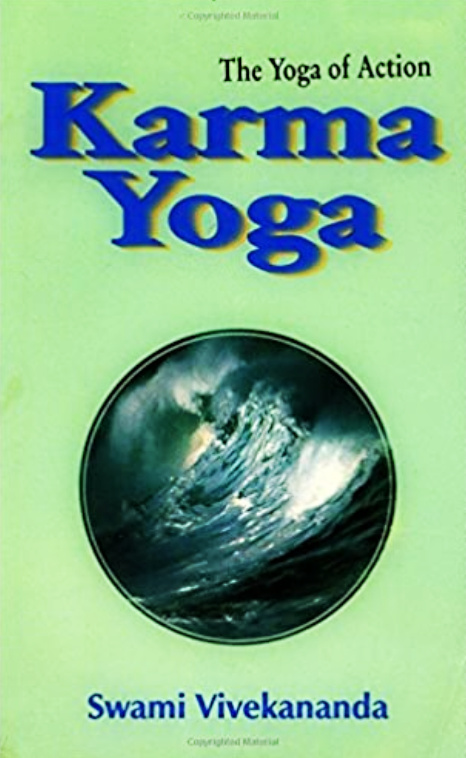 by Swami Vivekananda This book offers us a new way to live and work. As Sri Krishna tells us in the Bhagavad Gita, we have a right to work, but not to the results of our actions. We are to work as hard as we can, give all work our best effort, then step back and let the results take care of themselves. When we live and work in this way, slowly yet surely we abandon attachment and selfishness. These are the principles and practices of karma yoga. Swami Vivekananda brings them to life for us through his interesting and challenging parables and stories. 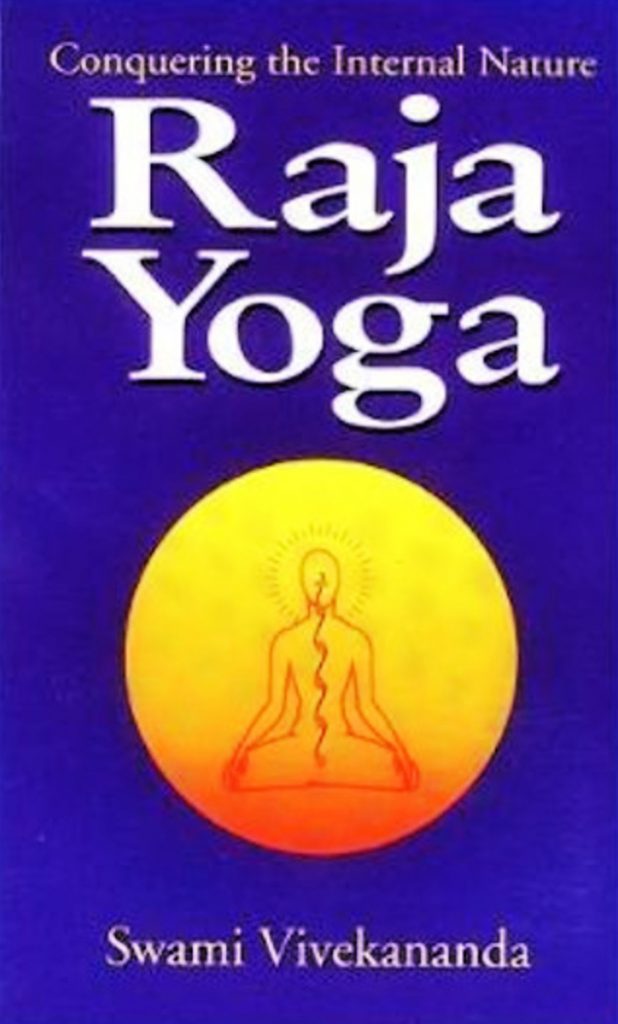 Raja Yoga, the path of meditation and control of the mind, gives a scientific treatment of Yoga philosophy describing methods of concentration, psychic development and the liberation of the soul from bondage of the body. Raja Yoga also includes Swami Vivekananda’s translation and commentary of the “Yoga Aphorisms of Patanjali.” Raja Yoga, along with Swami Vivekananda’s Karma Yoga, Bhakti Yoga, and Jnana Yoga, are considered classics and outstanding treatises on Hindu philosophy. The Swami’s deep spiritual insight, fervid eloquence, and broad human sympathy shine forth in these works and offer inspiration to all spiritual seekers. 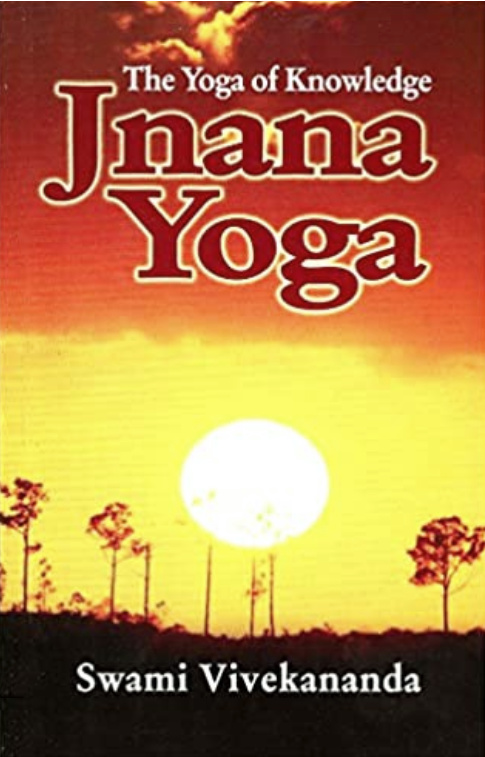 “In this world of many, he who sees the One, in this ever-changing world, he who sees Him, who never changes, as the Soul of his own soul, as his own Self, he is free, he is blessed, he has reached the goal.

“…there is but One Existence and that One Existence seen through different constitutions appears either as the earth, or heaven, or hell, or gods, or ghosts, or men, or demons, or world, or all these things. But among these many, ‘He who sees that One in this ocean of death, he who sees that One Life in this floating universe, who realises that One who never changes, unto him belongs eternal peace; unto none else, unto none else.’”.

Jnana Yoga is a collection of 18 lectures by Swami Vivekananda on how to think about and ultimately realize nondual Reality. 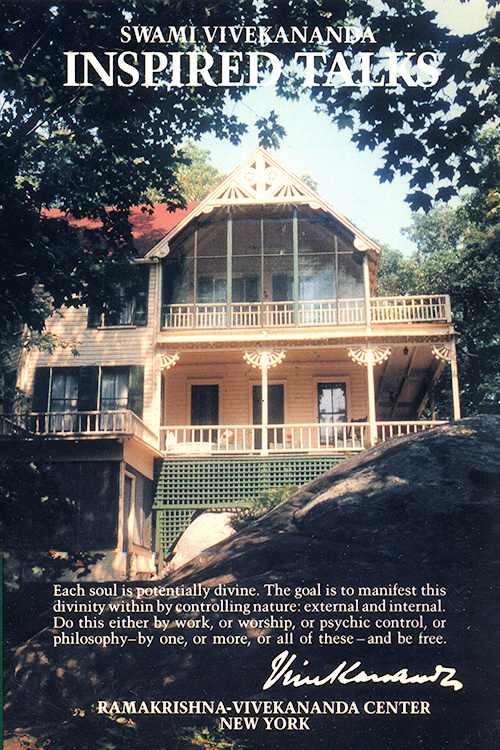 It has been said that these conversations of Swami Vivekananda with some selected disciples contain “his most brilliant flashes of illumination.” First published in 1909 by The Ramakrishna Mission, Madras, the book is a series of talks the Swami gave at Thousand Island Park in upstate New York, from mid-June to early August 1895. This edition also includes his lecture on Sri Ramakrishna (“My Master”), other lectures, poems, and letters. The inspired talks were taken down by a disciple of Vivekananda, Sara Ellen Waldo, later known as Haridasi. According to Swami Ramakrishnananda, “To mother Haridasi, the whole world should be grateful for these ‘inspired’ talks of Swamiji.” 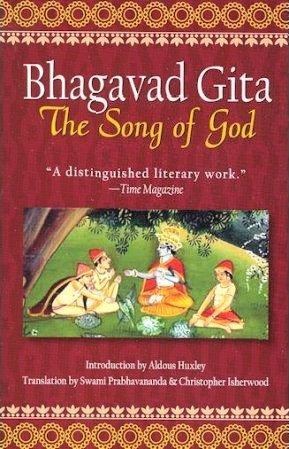 Swami Prabhavananda’s translation of the Bhagavad Gita uses the beauty of verse to express the highest truths of Vedanta. It includes an introduction to the cosmology of the Gita, and a study of non-violence versus the need to fight a just war. Critics singled out this translation: “The book is self-contained. A complete stranger to the Hindu gospel can pick it up and in one or two evenings follow the poem from its terrific beginnings to its sublime end.” — New York Times. “A distinguished literary work.” — Time Magazine. “A highly readable interpretive translation.”— American Library Association, “The best from a literary point of view.” — Aldous Huxley.