[jbox color=”white”][mp3t track=”2016-10-23-br-shankara-vedanta-wizard-of-oz-part-2.mp3″ play=”Listen Now -” stop=”Pause -” title=”"The Wizard of Oz according to Vedanta, Part 2" – Br. Shankara”]
Or download the MP3 to your computer, and listen offline.
To move forward/backward through the talk, slide the gray bar that appears once audio is playing. 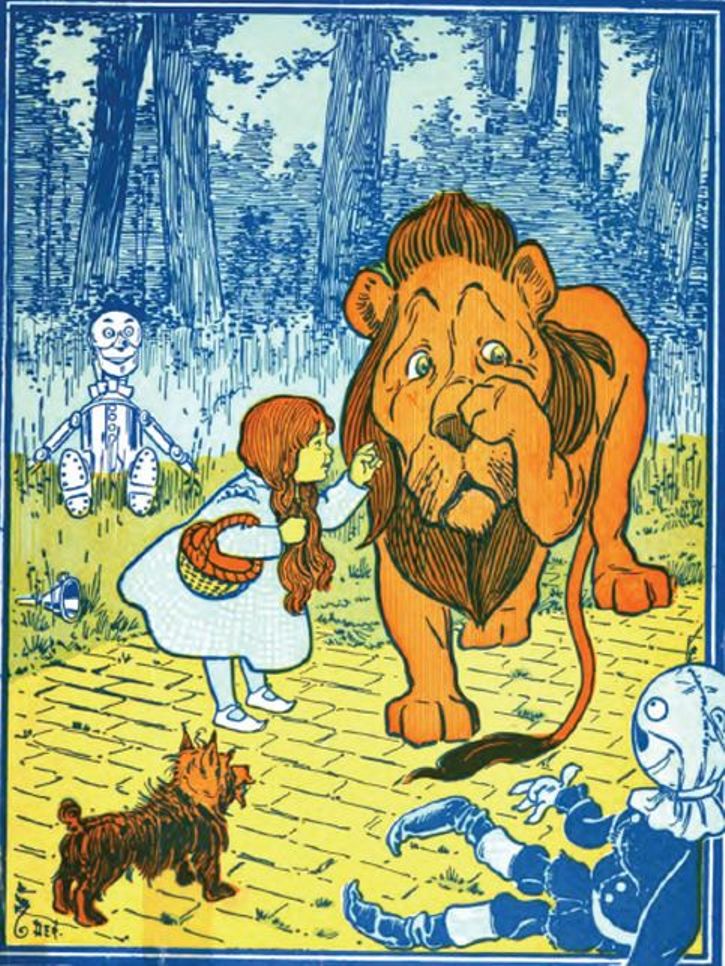 October is a month for study of Karma Yoga, a spiritual path centered on selfless service to others. Working and abiding in this spirit, every activity of a karma yogi becomes a kind of worship of the Divine Presence.  Even before fully knowing this Presence, the spiritual aspirant holds firmly to the feeling that the Presence is within each person or other living being that is served.

The Library of Congress has declared THE WIZARD OF OZ “America’s greatest and best-loved homegrown fairytale.” Published in 1900, it is an all-time best-selling book of children’s literature. By the time it entered the public domain in 1956, more than three million copies had been sold.

In this talk, we look closely at the characters, and the most important events of L. Frank Baum’s fairy tale. Dorothy, young girl, makes a magical journey from the bleak plains of Kansas to the Land of OZ and — miraculously — home again. Along the way, she and her three extraordinary companions are utterly transformed.

We explore how the spiritual principles and practices of Karma, Jnana, Bhakti, and Raja yoga, as taught by Swami Vivekananda are woven into the fabric of Baum’s story.

Baum was strongly influenced by Swami Vivekananda. A student of Theosophy, Baum and his family were living in Chicago in 1893; they eagerly looked forward to the Parliament of World’s Religions. Baum, his wife and mother-in-law were in the audience on September 11th when Vivekananda received a two-minute standing ovation after the Swami said simply, “Sisters and Brothers of America …”

Baum attended more of Vivekananda’s talks, and was later captivated by the Swami’s best-selling book “Raja Yoga,” published in 1896. Four years later “The Wizard of OZ” sold out its first edition, before it came off the press.