[jbox color=”white”][mp3t track=”2015-11-22-br-shankara-samadhi-and-liberation.mp3″ play=”Listen Now -” stop=”Pause -” title=”"Samadhi and Liberation" – Br. Shankara”]
Or download the MP3 to your computer, and listen offline.
To move forward/backward through the talk, slide the gray bar that appears once audio is playing. 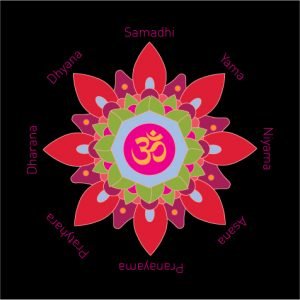 November is a month for study of Raja Yoga, a spiritual path of self-control, meditation, samadhi, and liberation.

Patanjali’s Yoga Sutras are lessons on what Patanjali calls the “Eight Limbs of Yoga.” This Sunday we’ll take up limb eight — samadhi, and its outcome, liberation.

Patanjali promises, “The impression which is made upon the mind by (lower) samadhi wipes out all other past impressions;” and, “When the impression made by that samadhi is also wiped out, so that there are no more thought-waves at all in the mind, then one enters the samadhi which is called ‘seedless’ (nirvikalpa).” Chapter 1, S50-51.

According to Samkhya Philosophy, all thought-waves are produced by the three gunas (fundamental forces of nature). In the last sutra of his treatise, Patanjali says, “Since the gunas no longer have any purpose to serve … they resolve themselves back into Prakriti (the eternal, undifferentiated stuff of mind and matter). This is liberation. The Atman shines forth in its own pristine nature, as pure consciousness.” Chapter 4, S34.

Yet, the glorious liberated yogi may remain, embodied and powerfully active. This great mystery is the subject of our discussion.