[jbox color=”white”][mp3t track=”2015-08-30-br-shankara-devotion-where-jnana-and-bhakti-meet.mp3″ play=”Listen Now -” stop=”Pause -” title=”"Devotion: Where Jnana and Bhakti Meet" – Br. Shankara”]
Or download the MP3 to your computer, and listen offline.
To move forward/backward through the talk, slide the gray bar that appears once audio is playing. 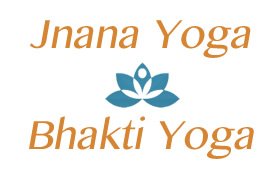 During August we have been studying Jnana Yoga, an approach to realization through analysis, discrimination, and reason. Vedanta’s scriptures and teachers say that life’s pain, anxiety, and sense of imprisonment are caused by seeing inaccurately, due to “maya.” As a jnana yogi, you may break through that framework of delusion and see only the Divine everywhere, in everything and everyone, including yourself.

In September, we will once again take up Bhakti Yoga. This spiritual practice is grounded in love of God for love’s sake alone; through that love and devotion you may attain conscious union with the Divine. The first talk in September will be titled, “Say Thou – Thee – Thine.”

In his book Crest Jewel of Discrimination (Vivekachudamani), Adi Shankaracharya says, “Among all means of liberation, devotion is supreme. To seek earnestly to know one’s real nature — this is said to be devotion.”

In his treatise on The Way of Divine Love* (Bhakti Sutras), the sage Narada says, “… devotion is of three kinds, according to the predominance … of one or another of the three gunas …” The sattvic devotee devotes himself to God; his one ideal is to be free from the bondages of worldliness and to reach union with God.”

In this talk, we explore and discuss how these two statements, while superficially different, point toward precisely the same goal — Self-realization.

*Translation and commentary by Swami Prabhavananda

Jesus Christ, a Light to the World – Br. Shankara

The Wizard of Oz according to Vedanta, Part 1 – Br. Shankara