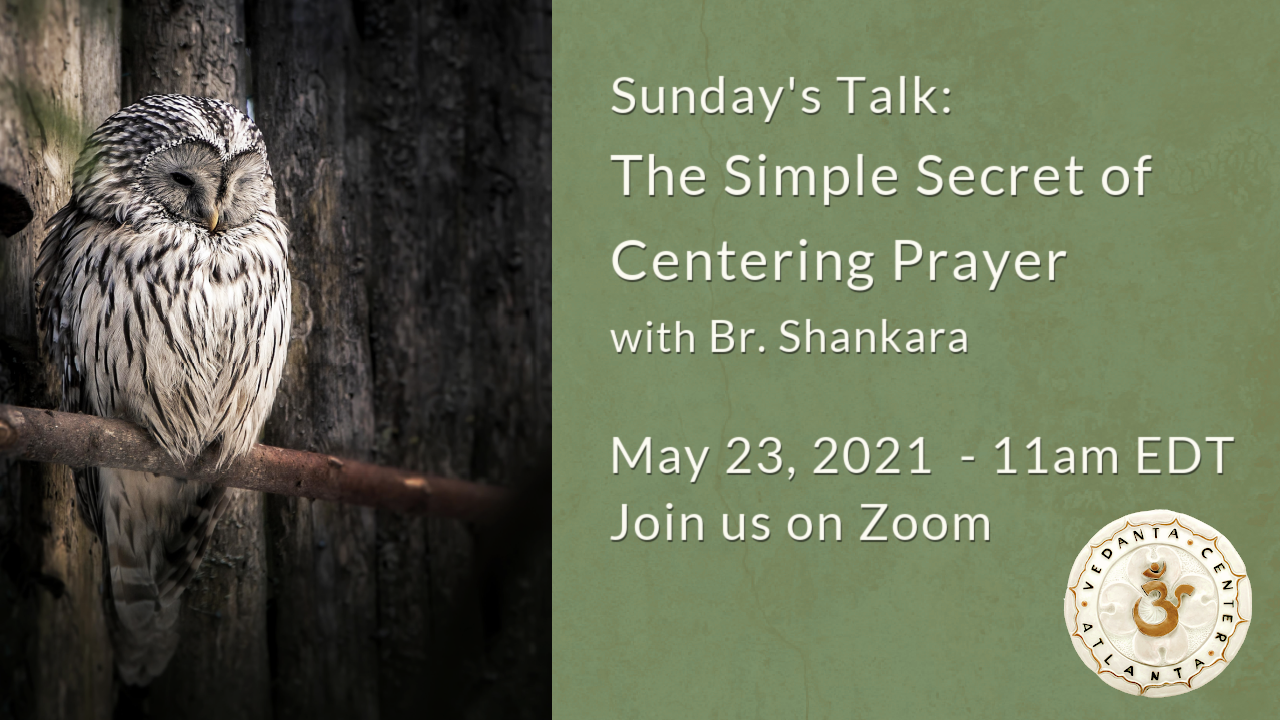 11am Sunday Talk: The Simple Secret of Centering Prayer, with Br. Shankara

This Sunday morning, May 23, from 11am-noon Br. Shankara will speak with us on “The Simple Secret of Centering Prayer.” Join us on Zoom, and participate in the discussion!

May is a month for study of Bhakti Yoga. A bhakti yogi (bhakta) has a devotional relationship with God. This is developed over time by study, prayer, ritual, and worship. As a bhakta, you practice giving every action, thought, emotion, perception and tendency “a Godward turn.” Everything you are, both positive and negative, is offered to the Divine Presence.

Your prayer is for the carefree self-surrender of a child in its Mother or Father’s arms and, finally, union with your Belovèd. In that state, no barrier of ego remains — the devotee becomes one with the Divine Presence in all-embracing love.

“O Thou who stealest the hearts of Thy devotees, do with me what Thou wilt, for Thou art my heart’s belovèd, Thou and Thou alone.” — from Chaitanya’s Prayer

Centering prayer is a method of contemplative prayer or Christian meditation. Its strongest emphasis is on a practice of interior silence, within the heart.

Scholars see the beginnings of centering prayer among early Christian monastics known as Desert Fathers and Mothers. Much later, it is found in the Lectio Divina tradition of Benedictine monasticism, in books like The Cloud of Unknowing, and the writings of St. Teresa of Avila and St. John of the Cross.

This Sunday morning we will explore and discuss the simple and direct teachings of a monk who became the most widely recognized spokesperson for centering prayer — the late Father Thomas Keating.