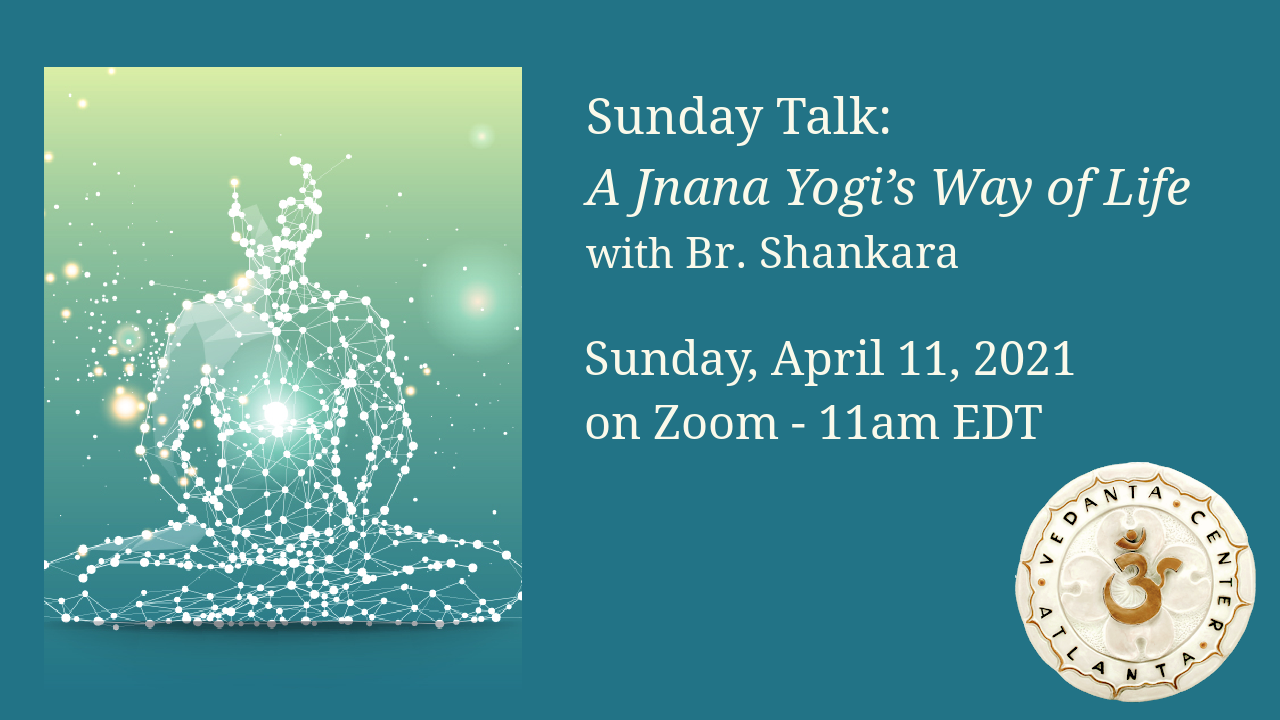 11am Sunday Talk: A Jnana Yogi’s Way of Life, with Br. Shankara

April is a month for study of Jnana Yoga (advaita vedanta). As a jnana yogi, you practice discrimination, reason, detachment, and satyagraha (insistence on Truth). The goal is freedom from limitation (moksha). Our teachers say that all miseries in life are caused by seeing inaccurately. An earnest and persistent jnani may break through this misapprehension (Maya) and see only the Divine Presence everywhere, in everything and everyone.

This quote is from a website associated with the Vedanta Society of New York (Swami Sarvapriyananda’s center):

“According to Advaita metaphysics, Brahman—the ultimate, transcendent and immanent God of the latter Vedas—appears as the world because of its creative energy (māyā). The world has no separate existence apart from Brahman. The experiencing self (jīva) and the transcendental self of the Universe (ātman) are in reality identical (both are Brahman), though the individual self seems different, as space within a container seems different from space as such. … Plurality is experienced because of errors in judgments (Mithya) and ignorance (Avidya). Knowledge of Brahman removes these errors and causes liberation from the cycle of transmigration and worldly bondage.”

On Sunday morning we will discuss the life led by someone who is likely to succeed on the Jnana (advaita) path toward liberation.

What is the character and temperament of such a person? How must she or he live, to awaken from maya’s spell and overcome the appearance of plurality?

We will draw from the teachings of the Sage Vasistha, Adi Shankaracharya, Sri Ramakrishna, Swami Vivekananda, and Ramana Maharshi.